Whalley is situated on the banks of the River Calder in the heart of the beautiful Ribble Valley and is dominated by the Nab, a green and wooded hillside. It is 7 miles north west of Blackburn and 3.5 miles south of the market town of Clitheroe. Its name is believed to derive from "wells Lea" meaning "the field of wells".

The village enjoys good access to the M6 and M65 motorways, 11 miles to the west and 4 miles to the south respectively. It is served by the Ribble Valley rail line, which runs between Clitheroe and Manchester and, on Sundays in summer months, there is the Dalesrail connection to the picturesque Settle-Carlisle line. Bus services to neighbouring towns and Manchester are good.

Whalley has had a long and varied history which has been extensively chronicled in numerous publications including the "History of Whalley" written by Dr Whittaker at the start of the 19th century. Excavations show evidence of Iron Age occupation east of the village and also of a Roman camp in the village.

There has been a Parish Church in the village for over 1400 years and 3 crosses of Celtic origin can be found in the Church yard.

The village also contains the ruins of Whalley Abbey, the foundation stone for which was laid in the early 14th century. Construction took more than a century but within 100 years of completion, the Abbey had largely been destroyed. The grounds and buildings are, for the most part, now owned by the Blackburn Diocese. The Western Gatehouse of the Abbey is still referred to as the "school house" since the monks ran a school there in the upper room. This school was succeeded by the Old Grammar School which had an Elizabethan Charter and was used right into the 20th century. Today, this listed building houses the Whalley Adult Education Centre.

Other ancient buildings can be found in Whalley which show its importance in providing a wide range of trades and services both for the village and the surrounding area. These include inns for the refreshment of travellers. A number of properties in the village centre are former farmhouses, the Toby Jug tea rooms being a good example. Behind its stone facade lies a much earlier timber framed building. Other timber framed buildings can be found in King Street and there are some delightful cottages in Church Lane. 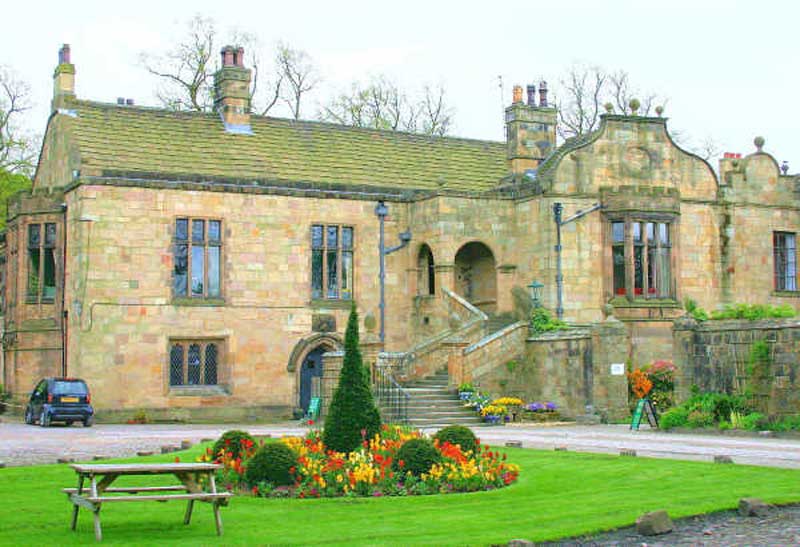 Calderstones Hospital has been a major influence on village life from its completion just before the 1914/18 war. Its first use was as Queen Mary's Military Hospital, then after the war ended it was used as for the care of people with learning difficulties. At its peak, it cared for over 1000 people and was the major employer. Much of the original hospital has recently been demolished and replaced by a very large housing development. However, part of the site is still used by the NHS as a medium secure rehabilitation unit but for a much smaller number of residents.

There is a private school in the village taking pupils up to 16 years, but most children attend Whalley C of E Primary School and then travel by public transport to secondary schools outside the village.